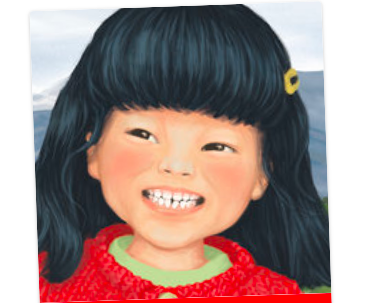 From contemporary tales to fantasy and rebellious girls, here’s how 2018 flew by in wonder for Bijal Vachharajani

As a picture book editor, I spend my working days surrounded by words ranging from zero to 1,200 and a cluster of images that bring them to life. Then I come back home to more books, some for research, and others as the one thing I love to do most – read.

In 2018, I found myself struggling with long form. When you edit picture books, you’re constantly ‘Editor Scissorhands’ (no, you cannot steal that phrase), snipping off extraneous words until you have a core of an emotion. Something that Oliver Jeffers told me in an interview last year and it really stuck with me. His book Here We Are: Notes for Living on Planet Earth (HarperCollins) is a great example of using few words to tell a story of this spectacular planet we inhabit.

Words of the wise

So, I pushed myself to go back to long form, banning myself from picture book leisurely reading for a month. Also, concerned about the packaging that comes with online buying, I resolved to buy children’s books only from indie bookstores. This meant I waited for ages for Neil Gaiman and Chris Riddell’s Art Matters (Headline Review). But it was worth it as my Lightroom bookstore friend gifted me this gorgeous book about art and ideas. It was the same for Robert MacFarlane and Jackie Morris’s The Lost Words (Penguin), a spell book about nature words. When it wasn’t available in India, my friend sent me a copy all the way from the U.K. I recently read the book aloud with Sangeeta Bhansali, the owner of Kahani Tree bookstore in Mumbai and remembered again, why it’s so special. 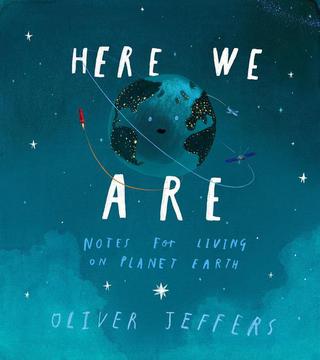 To interview Anthony Horowitz, I plunged into his Alex Rider series (Hachette), and found myself surprisingly hooked. I don’t like action books usually, although I enjoy his crime novels for adults, it was my nephew who nudged me to read the series years after I reviewed the first book. I see why the British author has been called “the not-so-secret weapon to get boys reading”.

I was haunted for days by Angie Thomas’s The Hate U Give (Penguin). Here’s to more powerful voices like Starr Carter in our troubled times. Just like Korok in Year of the Weeds (Duckbill) by Siddhartha Sarma – a powerful YA novel which is a fictional retelling of the Niyamgiri movement in Odisha.

I found myself looking for more #ownvoices stories – I read Hansda Sowvendra Shekhar’s Jwala Kumar and the Gift of Fire (Talking Cub), an adorable novella about a baby dragon in Champakbag; as well as One Crazy Summer by Rita Williams-Garcia. I was pleased as a conservationist who spots a Great Indian Bustard, when we printed one of our attempts at the same – The Very Wiggly Tooth (Pratham Books) by Reshma Thapa Gurung and Canato Jimo, a contemporary tale set in Sikkim. It’s a relief to see narratives moving away from the urban also.

I also read Devashish Makhija and Priya Kuriyan’s When Ali Became Bajrangbali (Tulika), a seven-year-old picture book that I had somehow never got my hands on. When I heard Priya talking about it, I finally got around to read it. A monkey swings into action when his home is threatened, but it’s actually a subversive book about religion and power dynamics. 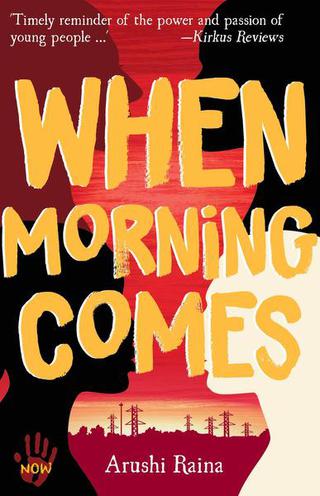 After all, who can resist a girl who draws trolls or one who has a beard?

But, Nimona by Noelle Stevenson, a graphic novel recommended by Aparna, has my heart. Oh, talking of fantasy, do read The Magicians of Madh (Duckbill) by Aditi Krishnakumar as well as Shazaf Fatima Haider’s A Firefly in the Dark (Talking Cub). I found them utterly charming.

This year, I had the privilege of visiting Kashmir twice – once on holiday with friends and the other with Bookaroo Festival of Children’s Literature. In the evening, as authors and illustrators huddled around the heater, we all felt a deep admiration for the students of DPS Srinagar. Their searing poetry and art reflects how curfew and hartal impacts their day-to-day school life – they want to sit in classes, and hang out with friends, a normalcy not often granted to them.

Which is why perhaps I felt more convinced about our book, Mission Cycle(Pratham Books) by Rohini Mohan and Jayesh Sivan. It’s the story of a girl who is home because of C.U.R.F.E.W and how she copes with it. Talking of war, I also read the stellar When Morning Comes (Duckbill) by Ayushi Raina, Red (Tulika) by Sagar Kolwankar, and Khaled Hosseini and Dan William’s stunning Sea Prayer (Bloomsbury).

Earlier this year, a friend and I sat in Trilogy by the Eternal Library, when it’s co-owner Ahalya popped in with Aina Bestard’s What’s Hidden in the Sea (Thames and Hudson). We sat for the next several minutes (or was it hours?), using the three-coloured glasses to look at the sea in its pages. Each turn elicited a squeal and a smile, as we found hidden underwater scenes come to life, revealing all sorts of marvelous marine life. We left clutching a copy each.

When Ankit Chadha left us too soon, I reread his book, Amir Khusrau: The Man in Riddles (Penguin). When I was sent a New Yorker piece, I discovered From the Mixed-Up Files of Mrs. Basil E Frankweiler by E. L. Konigsburg. Truly timelines, in this 1967 book, Claudia decides to run away to the MET.

I don’t think I have highlighted as many phrases in a book as in Hello, Universe (Green Willow) by Erin Entrada Kelly – it’s such fabulous writing. Like take this one – “People don’t want to listen to their thoughts, so they fill the world with noise.” That said, I may have done the same thing with Fly by Night by Francis Hardinge – yes, I finally read it, and am enchanted. 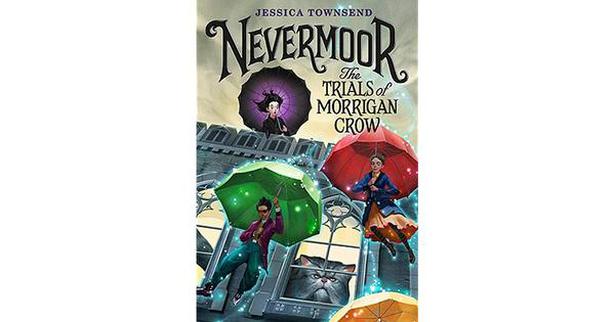 The book series that made me the happiest was Nevermoor (Hachette). Written by Jessica Townsend, the series is funny and wildly imaginative and fills a Potter-shaped hole for me. Alas, now like those wizardly books, I have to wait for the next in the series.

I got a staggering pile of books from a friend and fell in love with Cori Doerrfeld’s The Rabbit Listened, about loss and empathy; and Town is by the Sea by Joanne Schwartz and Sydney Smith. I got teary-eyed reading the latter – words and pictures illuminate a child’s beautiful surroundings and the claustrophobia of his father’s work as a miner, shedding light on the things we ignore when it comes to opportunities and work.

I ended 2018 with two books: My first Liz Climo book, Lobster is the Best Medicine. And secondly, and Strange Worlds! Strange Times! Amazing Sci-Fi Stories (Talking Cub). The latter is edited by Vinayak Varma and has some of the coolest names in sci-fi writing and it’s for young adults! 2019 better live up to last year’s reads.

I do read books for adults, a lot of them, in case you were wondering. More recommendations on Instagram at bam_books.